Letter to parents and curriculum web

This week was careers week at John Blandy.

On Wednesday 5th January, we all came dressed as the career we want in the future. 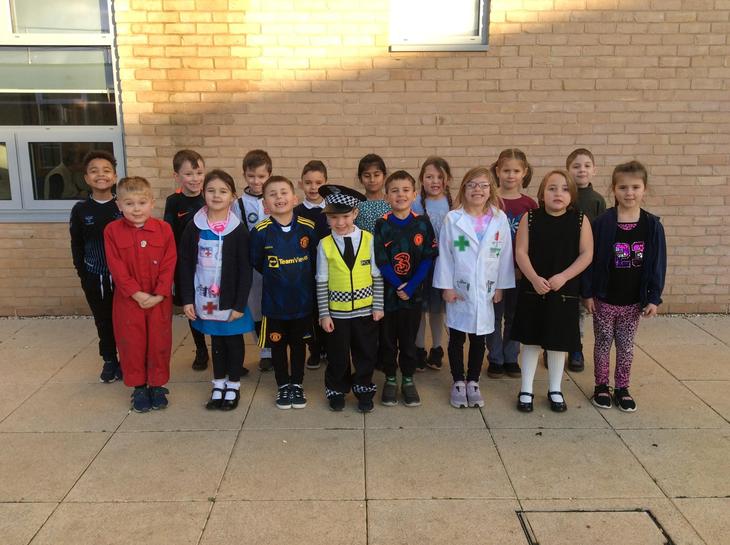 On Thursday 6th January, we started our day by looking at what doctors and nurses do. We played a game where we had to match a picture of something that was wrong (e.g. hurt elbow, earache, headache) with their descriptions. 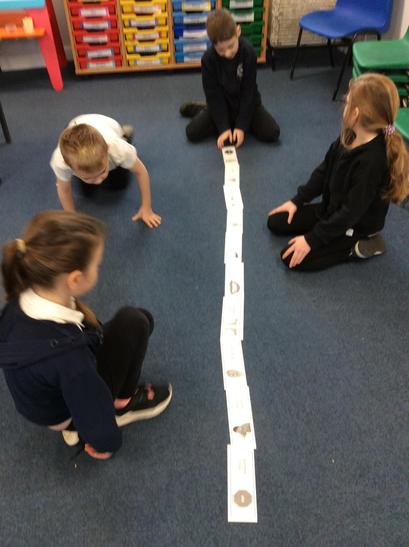 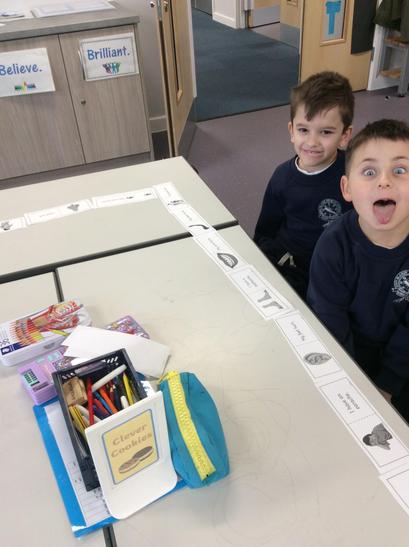 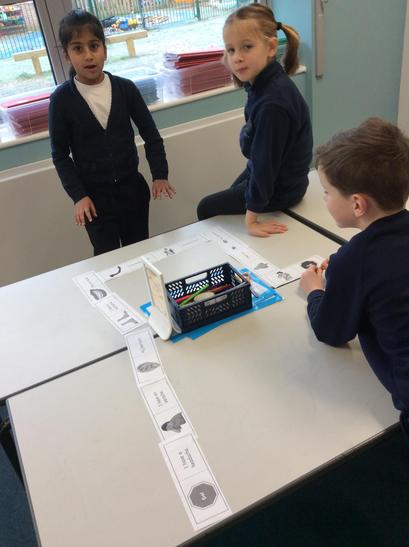 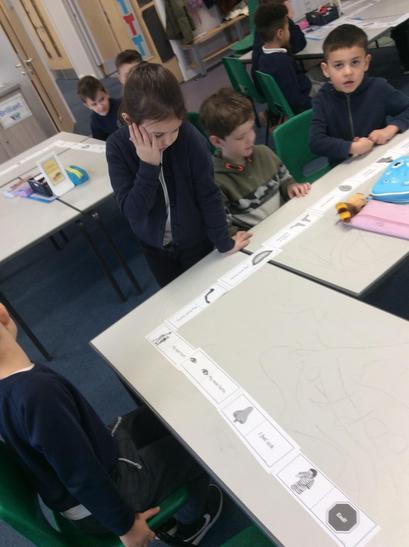 We then role played as doctors and nurses. Each of us were a patient and each of us were a doctor/nurse. We took in turns in pairs to fill out doctors forms stating what the patients symptoms were and what the treatment might be. 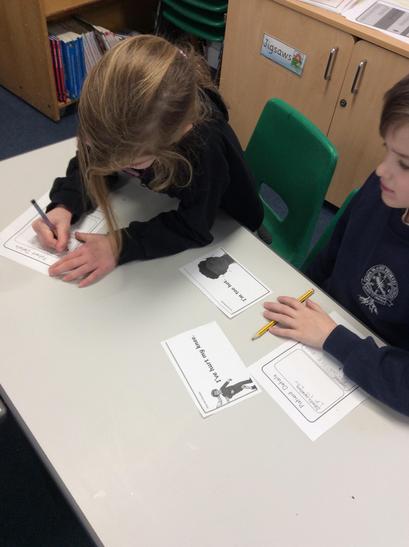 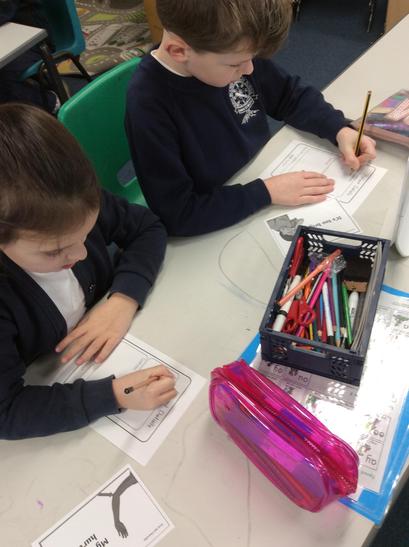 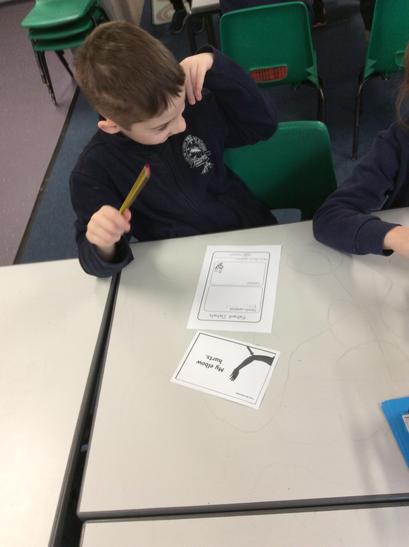 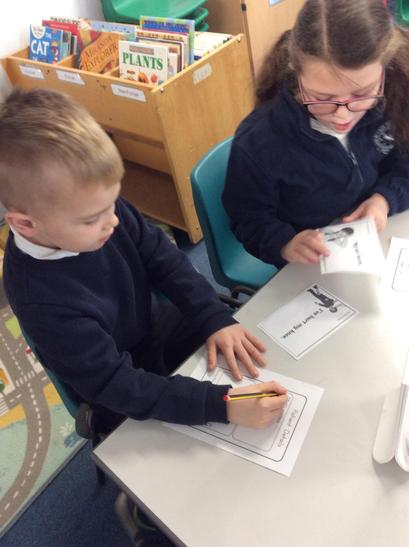 After lunch, we got back to our classroom to find that there had been a break in! Someone had come into our classroom, eaten some of Miss Drake's biscuits from her desk and left lots of their things behind, including a gardening book, a walkie talkie. a mug and a football scarf. Before we arrived in the classroom, someone else had already been in and cornered off Miss Drake's desk with caution tape and numbered the evidence. 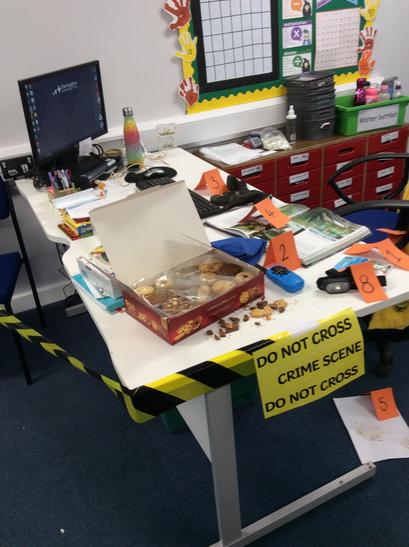 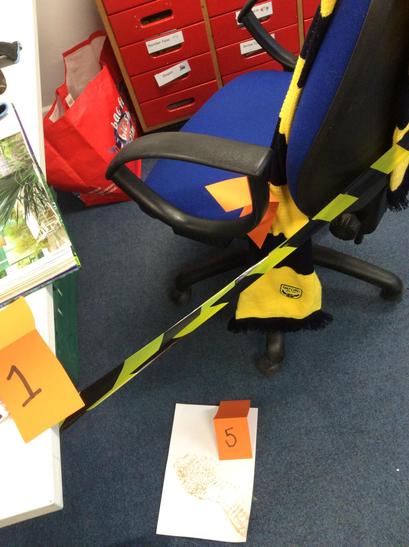 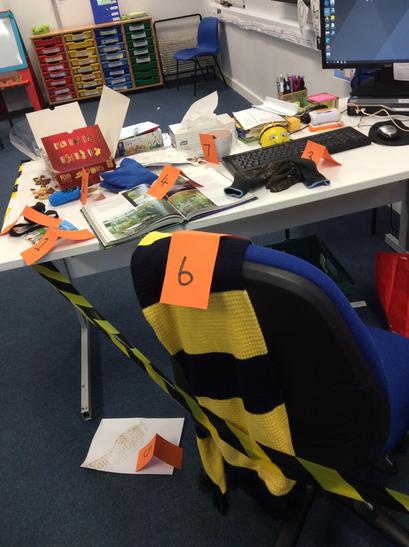 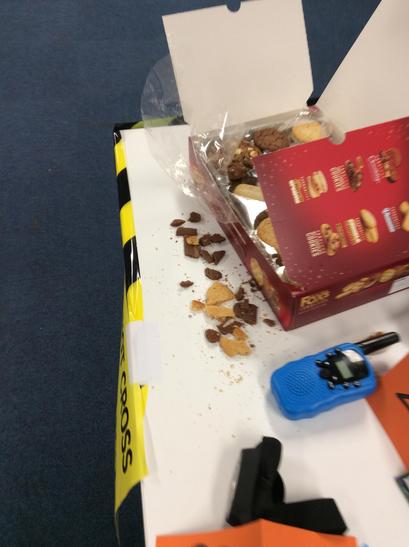 We spent all afternoon being detectives and trying to solve the crime. We started by filling in an evidence form and then each did our fingerprints using ink. We also did one of our fingerprint on a white balloon and then blew the balloon up so that we could see our fingerprint bigger and more clearly. 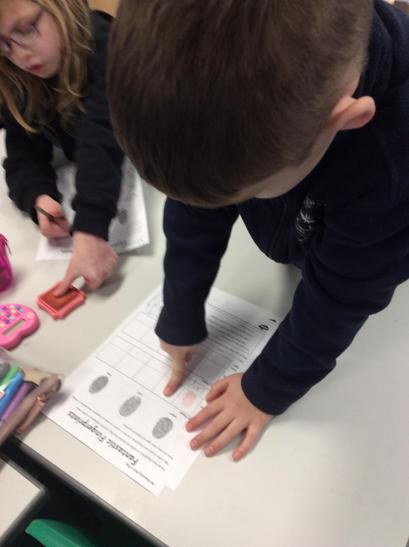 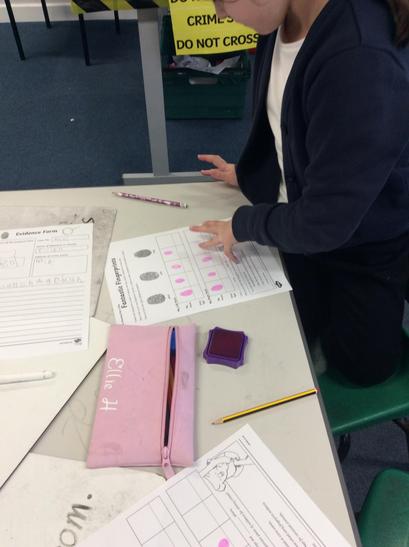 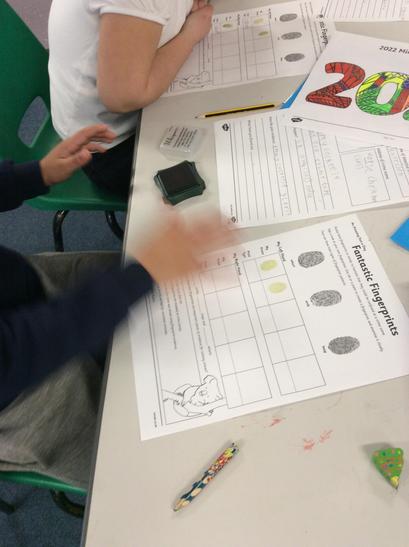 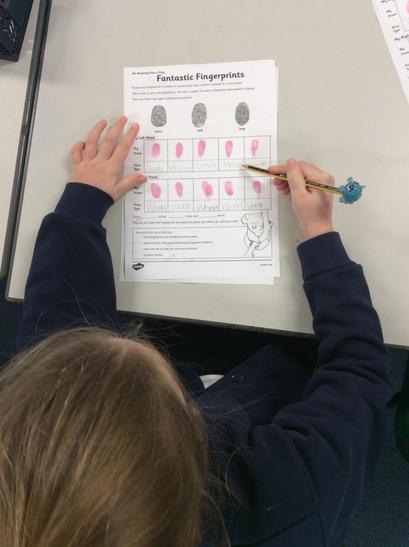 On Friday 7th January, we were personal trainers and PE teachers. We taught each other and played some games that we had created on Thursday in pairs. 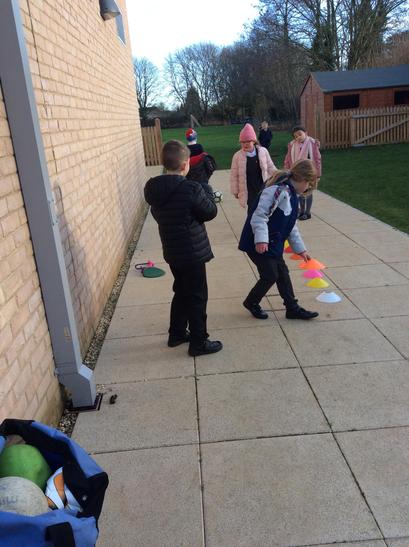 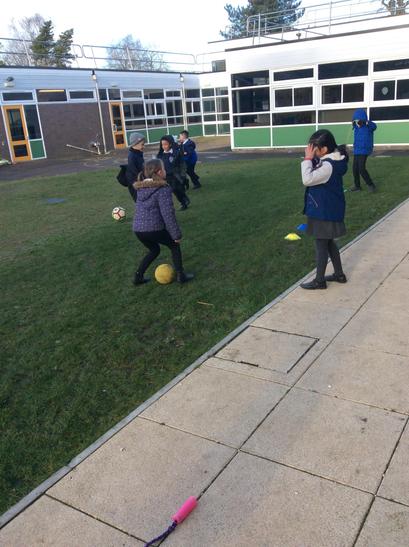 We also became product designers where we designed new and improved chairs for our classrooms. We were very lucky to have had a product designer send us a video where he talked about his own classroom chair deign. 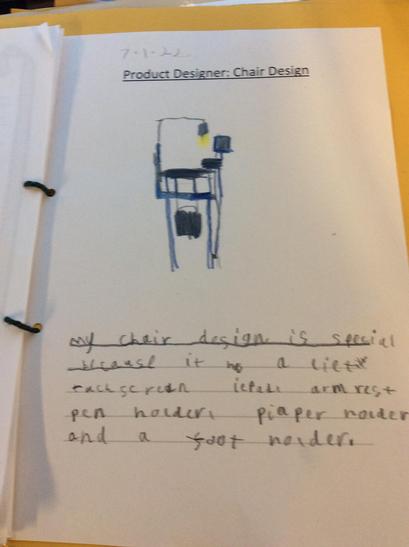 On Friday afternoon, to finish of our amazing Careers week, we had a google meet with a local artist who sent us a photograph that she had taken that we could draw using coloured pencils alongside her. 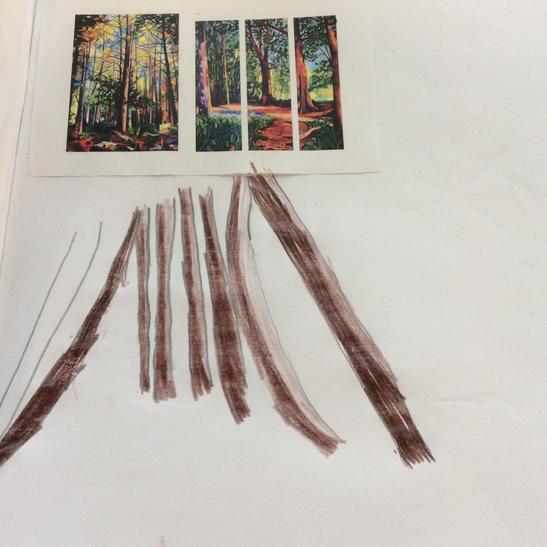 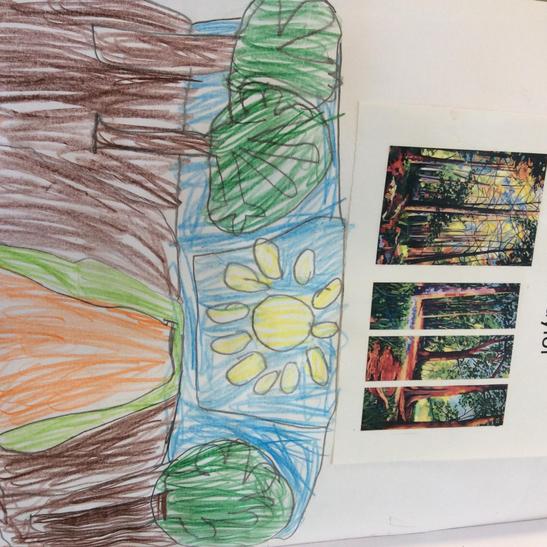 Then, once the google meet had ended, we used another of the artists photographs to create some pictures using pastels. 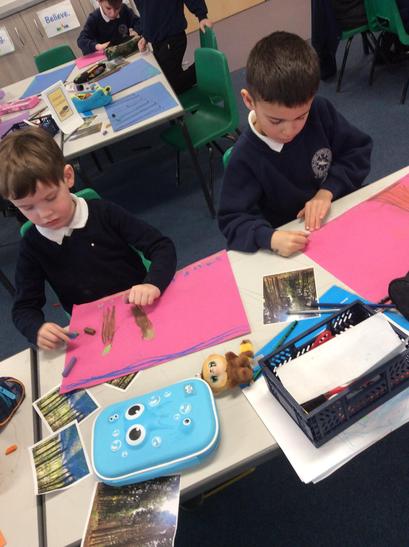 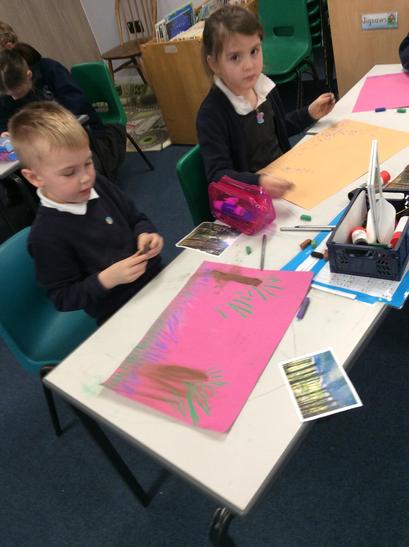 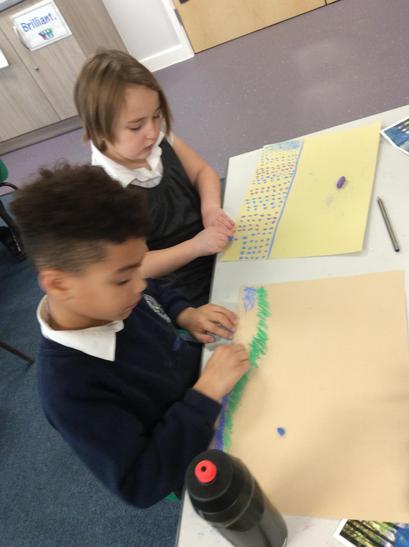 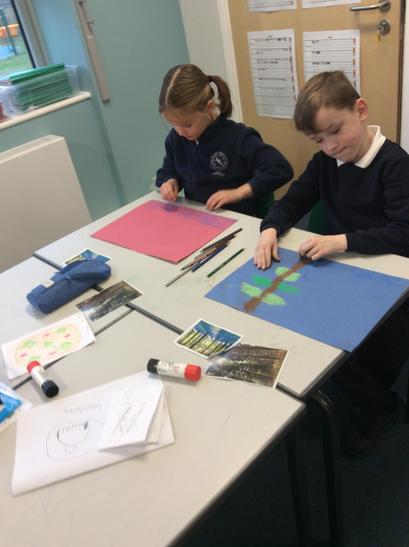 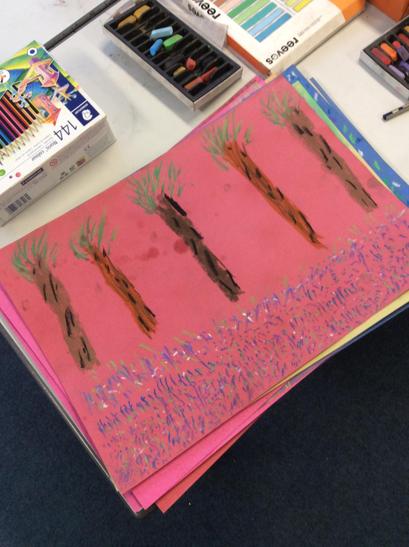 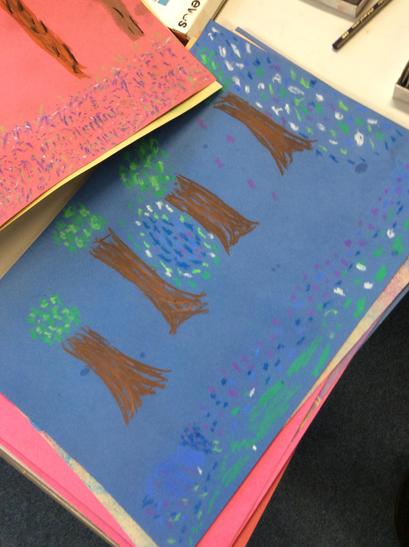 We had lots of fun this week, some of us even changed our minds about what career we might want in the future!

Unfortunately not the ones with chocolate chips.

Some cookies are necessary in order to make this website function correctly. These are set by default and whilst you can block or delete them by changing your browser settings, some functionality such as being able to log in to the website will not work if you do this. The necessary cookies set on this website are as follows:

Cookies that are not necessary to make the website work, but which enable additional functionality, can also be set. By default these cookies are disabled, but you can choose to enable them below: